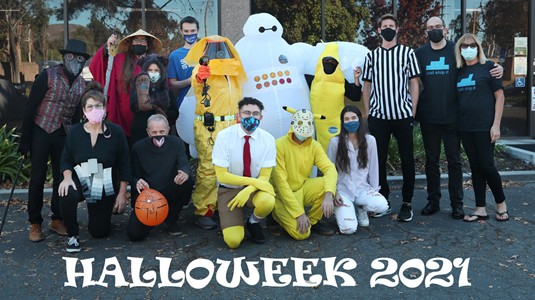 As our lovely autumn SoCal weather keeps swinging between “it’s starting to feel a lot like Christmas” to “how low can this AC go?” from one day to the next, our AP Events crew thought it was enough with the trickery and planned us a full week of TREAT.

For our first event, we took a spooky trip down memory lane for some creative painting. Everyone chose a blank Halloween-themed decoration and then dusted off creaky arts-and-crafts skills to mix paint colors and keep those brush strokes inside the lines. 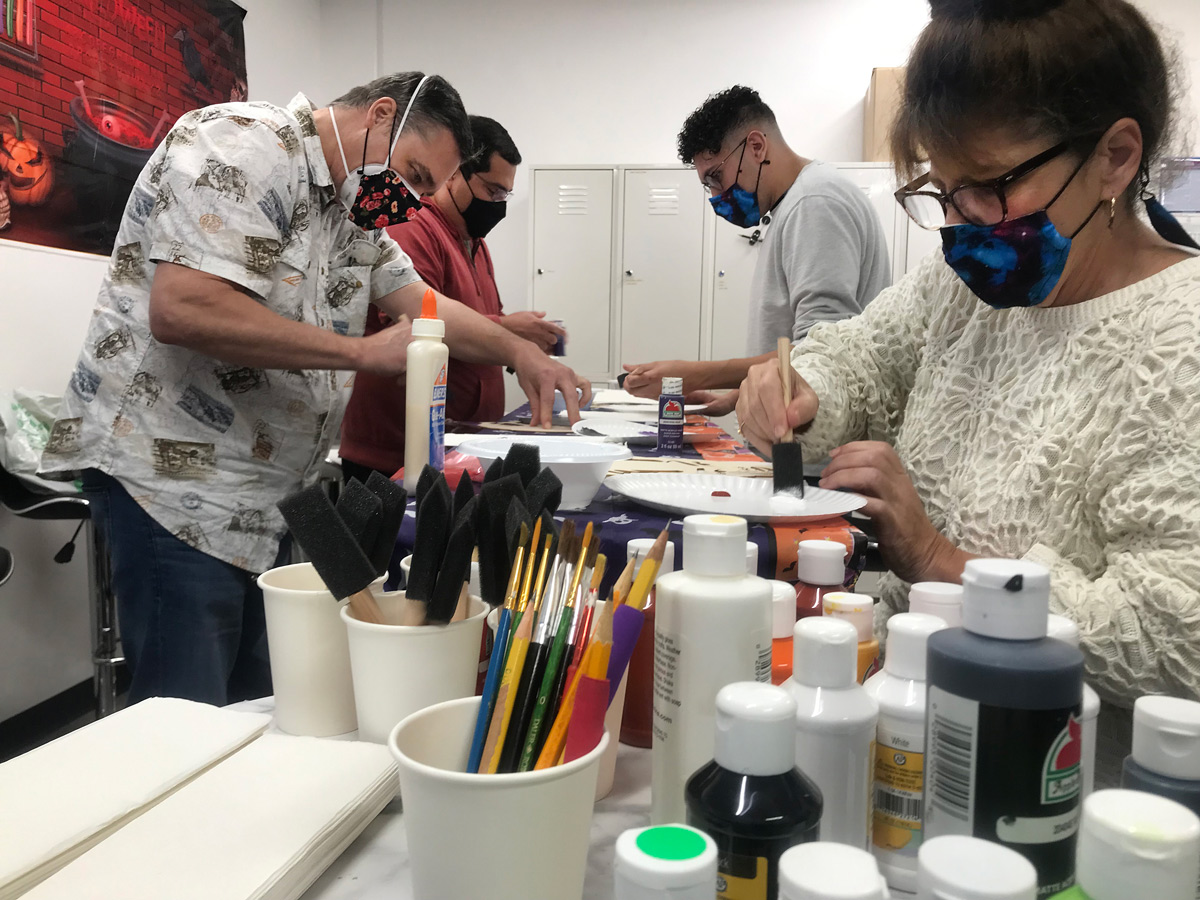 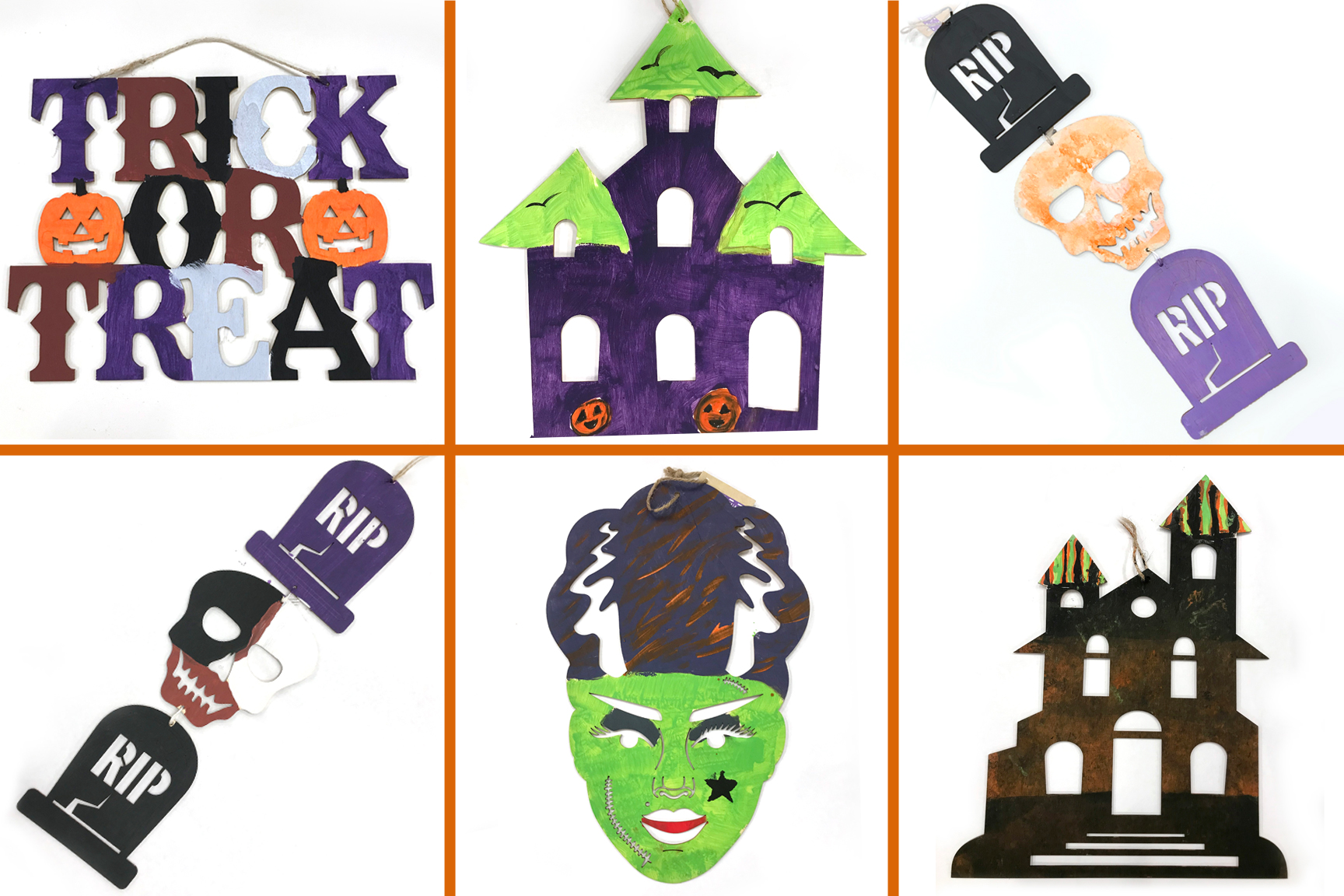 Tuesday’s game became an instant favorite for everyone who let their competitive spirits run wild during the thrilling hunt! Hundreds of paper pumpkin stickers were placed throughout the entire office—from every wall, underneath chairs, behind TVs, and many other sneaky nooks and crannies. Two rounds of hidden pumpkins were organized to give everyone a solid shot at scavenging as many pumpkins as they could. The Events team also hid special “mini pumpkins” worth extra points in super tricky spots, which made finding one of those even more exhilarating! In the end, Julie D. was crowned the “Pumpkin Queen” for hunting the most pumpkins and won an AP credit prize! 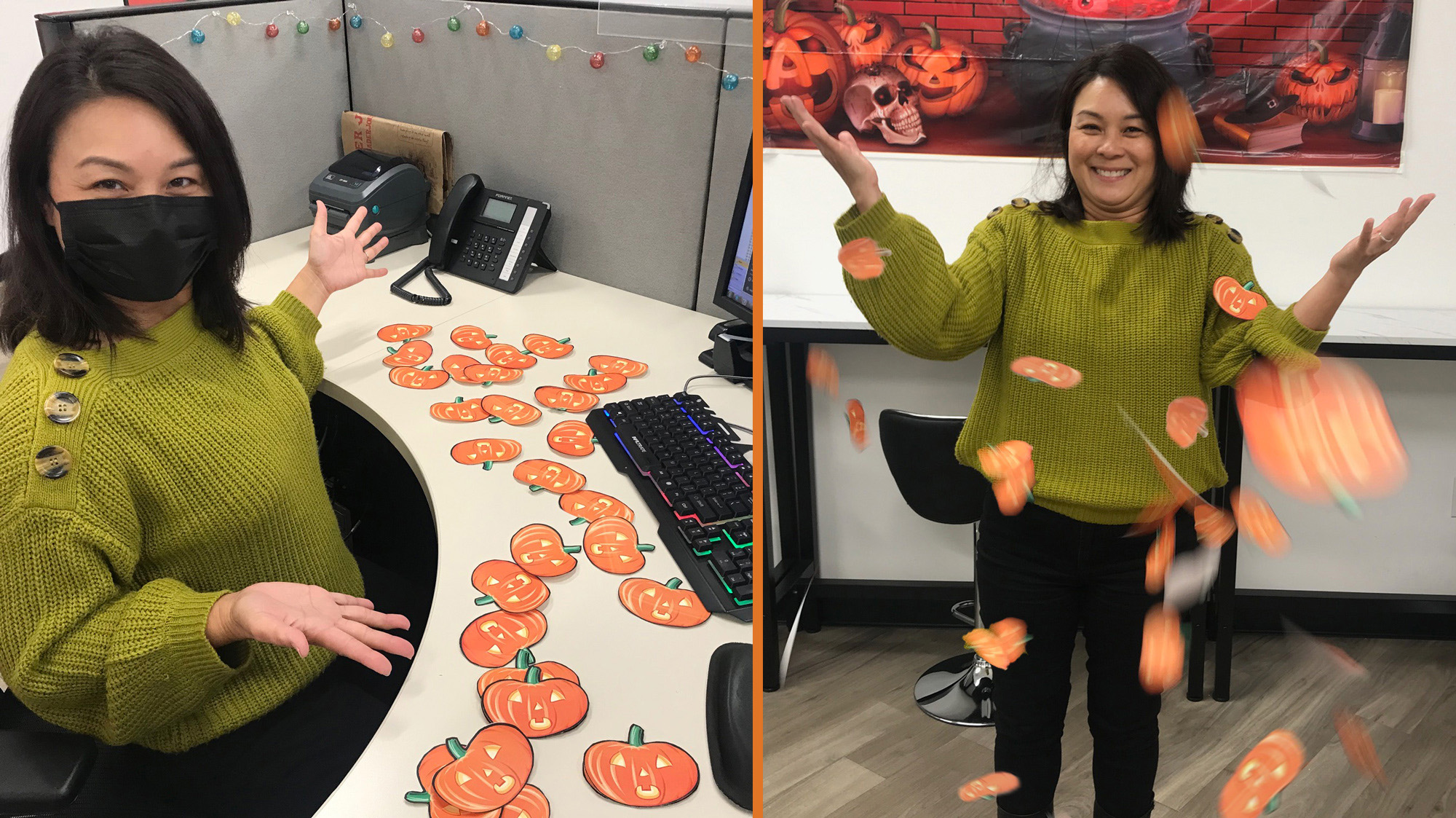 You’ve not lived until you’ve discovered how great (or in need of refinement) your skills in balloon pumpkin-drawing fare. For our third activity, everyone was handed an orange balloon and a black marker to serve as the “carving” tool to create a jack-o’-lantern design. For what initially seemed like such a simple mission, everyone came up with some pretty creative and imaginative pumpkin designs that served as our fun Halloween cubicle décor. 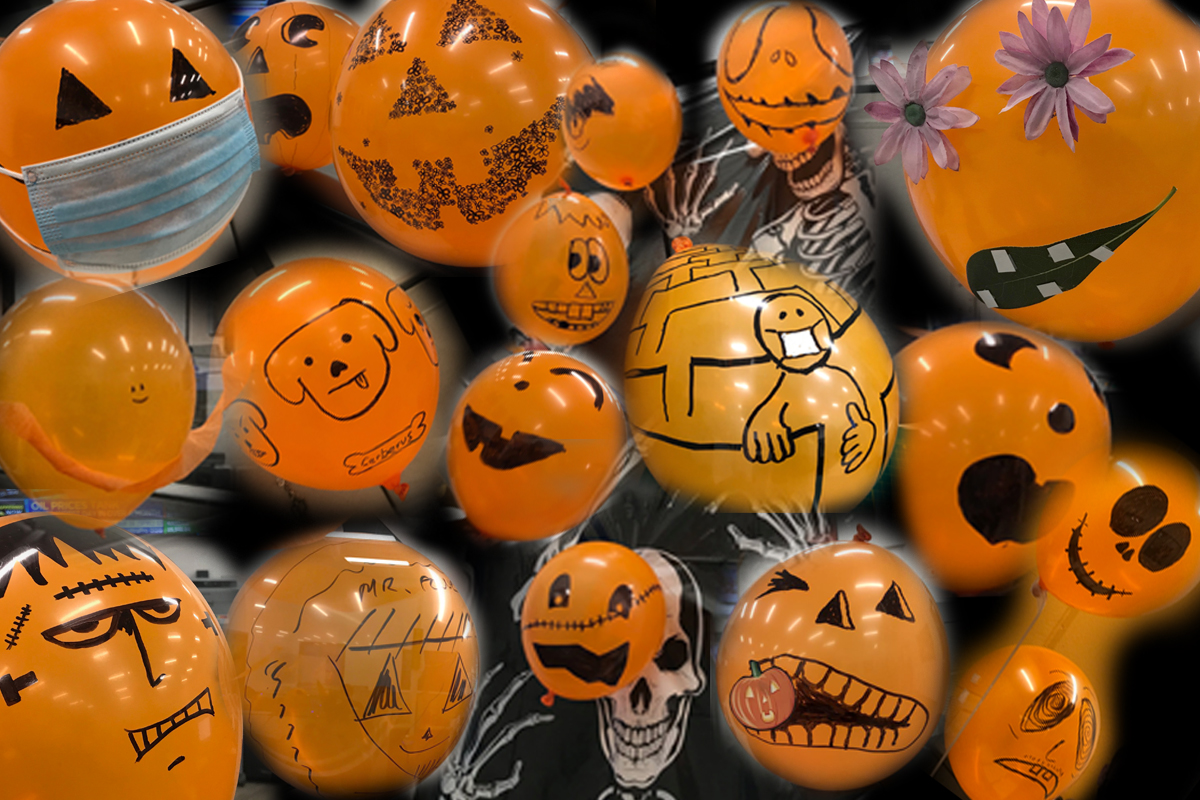 To keep the sugar high going, our AP team participated in a guessing candy jar game. With a guess of 318, Darren R. was only off by 4 pieces, and he was able to satisfy his sweet tooth by going home with the candy jar.

To close out AP’s Halloweek, the Events team ran a googly eye toss game and costume contest. The Skele-Friends, Halloweeners, Hoblin Goblins, Scooby Gang, and Boo Fangs competed against each other to shoot 24 spooky eyeballs into 5 buckets in the quickest amount of time. It was a close race, but the Skele-Friends came out victorious with a time of 00:55:26!

The AP family took Halloween to the next level with their creative costumes. Ranging from SpongeBob SquarePants to Steampunk the Plague Doctor, to Baymax from Big Hero 6, picking a winner for the costume contest was a tough call. First place was earned by Linda L., who dressed up as Baymax and grew to 3x her size! 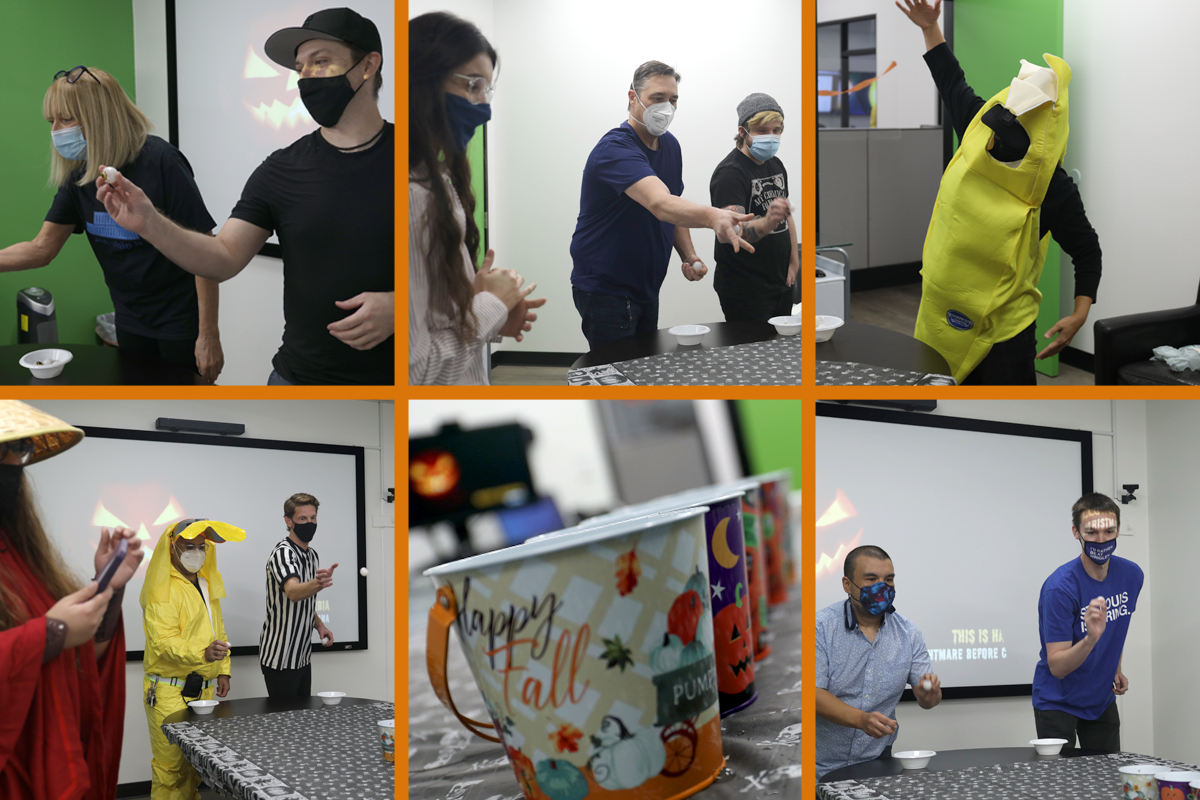 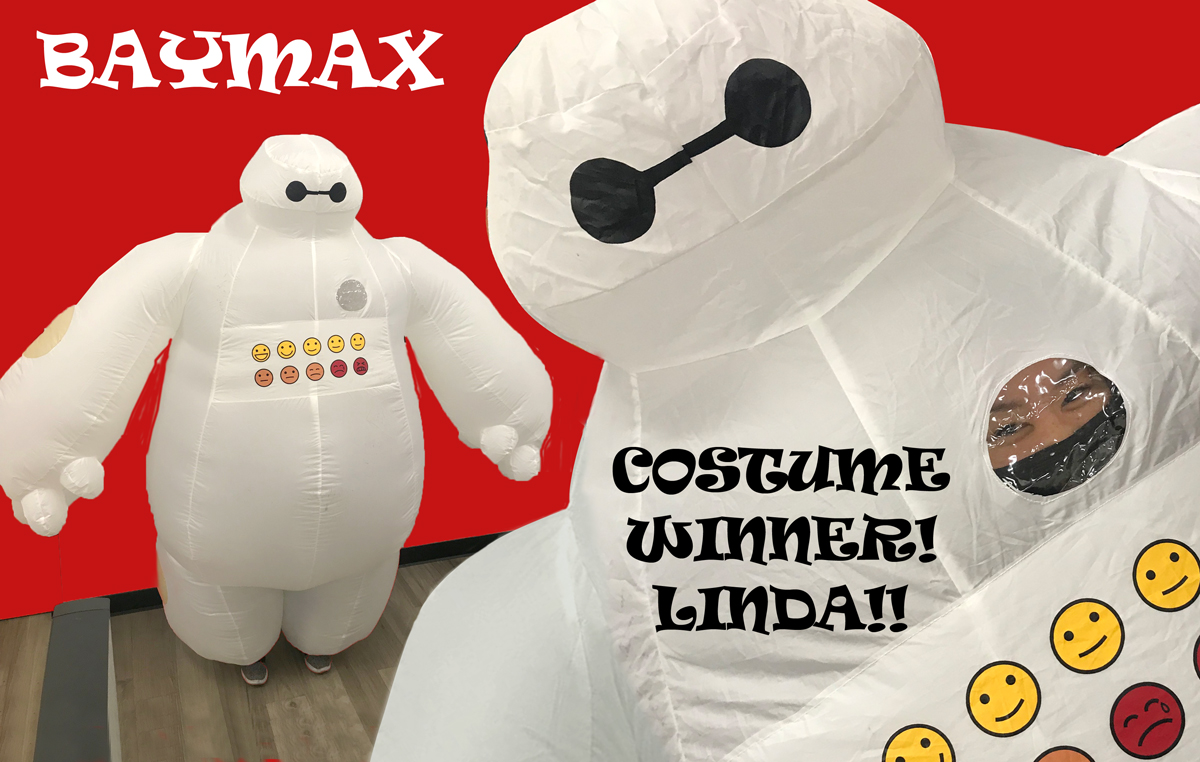